Sterling Heights offers a variety of recreational activities for residents of all ages. In 2016, the city’s Department of Parks and Recreation established the Recreating Recreation initiative – an attempt to improve existing facilities and create new recreational opportunities.

The momentum of this initiative coupled with thriving local businesses make Sterling Heights a dynamic place to play. Check out the city’s trending sports this summer.

Pickleball – a paddle sport that combines elements of badminton, tennis and ping-pong – is very popular in Sterling Heights.

“[Pickleball is] certainly not new,” says Kyle Langlois, director of Parks and Recreation. “It’s been extremely popular for the last 15+ years, even in Michigan. Actually, when we opened the senior center’s gymnasium in 2007, we almost didn’t have enough spots for pickleball from day one.” 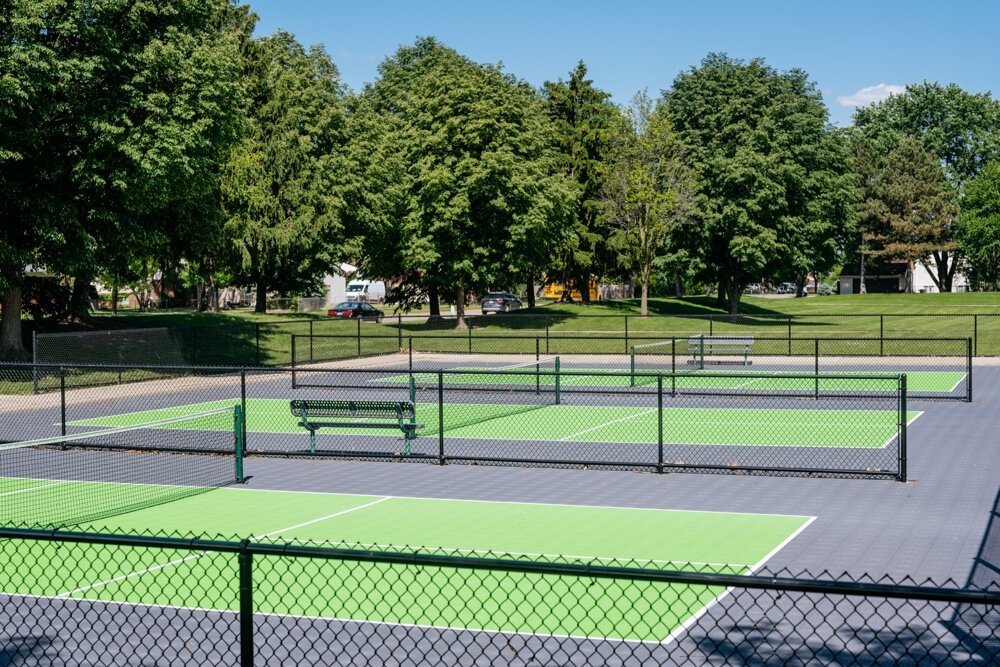 The senior center offers drop-in pickleball, classes, and skills and drills – an opportunity for those familiar with the sport to hone their skills.

“We have classes that might be like a day clinic for someone who might be new and just wants to get their feet wet to see what Pickleball is all about and why all their friends are mad about it […] Then when the fall comes, we’ll actually have a pickleball league or two here for those who are more competitive,” says Senior Center Recreation Superintendent Kristen Briggs.

The Bocce Barn is under construction with the aim of opening this summer. The facility is located behind the senior center and offers two boccia lanes.

While specific usage and programming plans are still underway, the facility will offer drop-in games, senior leagues, rentals and tuition for those 50+ during the day and open to the general public in the evenings and later on weekends.

“We are very excited to offer our residents another opportunity for recreation,” says Langlois. “That’s what Recreating Recreation was all about – providing our residents with new recreation opportunities, a diverse mix of recreation options so they can choose what suits their needs. [Bocce] is something completely different that really hasn’t been offered before.”

The Sterling Heights The skate park opened in November 2017 – the first cornerstone facility to be completed on the Recreating Recreation timeline. 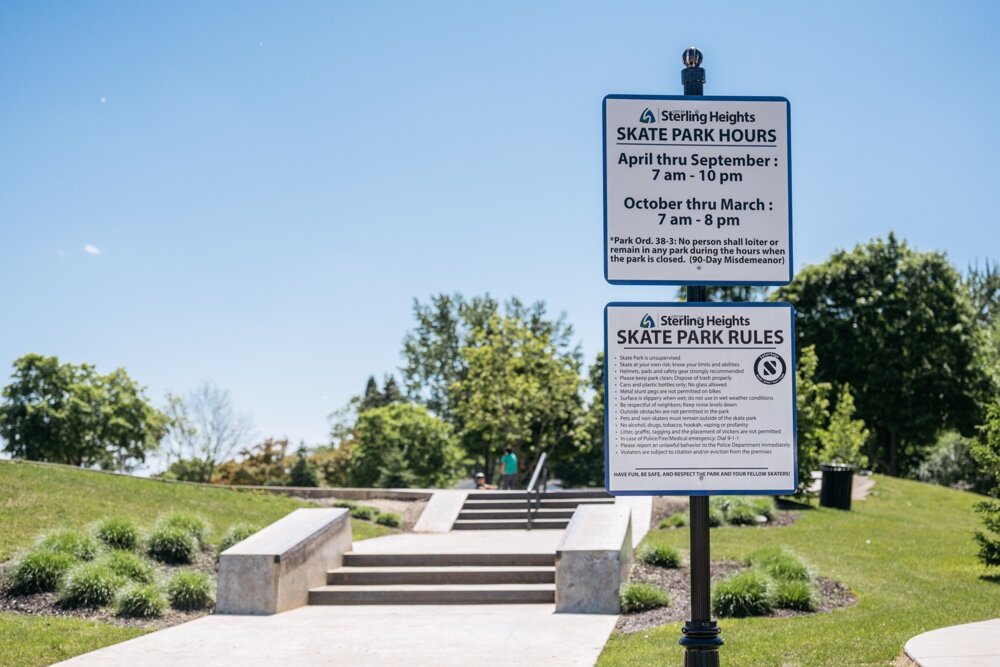 Sterling Heights Skate Park is open to the public from 7:00 a.m. to 10:00 p.m. April through September and from 7:00 a.m. to 8:00 p.m. October through March.“It was so popular and successful that our most recent master plan included building a second skate park somewhere else in town,” says Langlois.

According to Langlois, the park has attracted not only residents of Sterling Heights, but also people from the greater Metro Detroit area because it’s challenging enough for advanced skaters, yet still accessible for beginners.

“We thought [the park] would probably be used primarily by teenagers,” says Langlois. “It went in a completely different direction from there. Sure we have many teenagers using it but to this day I’m amazed at how many young adults are using it and even young children are using it – certainly for anyone with a sense of adventure in extreme cycling it’s the one right place for them.” 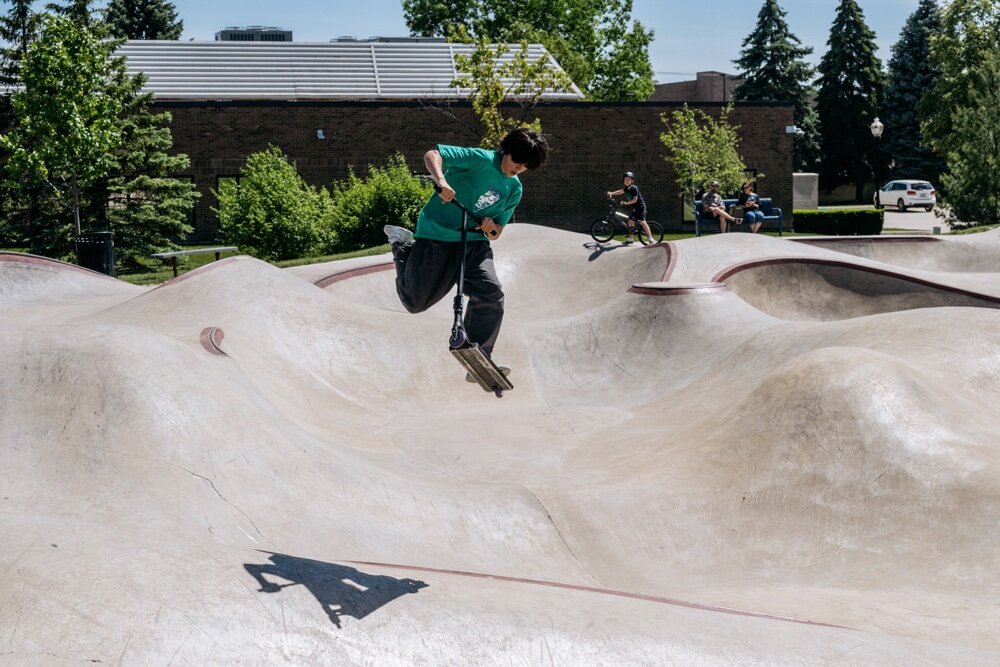 Esports or electronic sports is not limited to simulated physical sports, it also includes other competitive multiplayer video games – Super Smash Bros., Fortnite and League of Legends to name a few.

In October 2021, the City of Sterling Heights, sponsored by Christian Financial Credit Union, transformed the community center’s youth room into an esports arena.

The arena is complete with 12 gaming PCs (Alienware Aurora R12 gaming computers with i7 processors) configured for single player or teams of up to six players to compete simultaneously. It also has two 65 inch TVs, a Playstation 4, a Nintendo Switch, bubble hockey, board games and more. 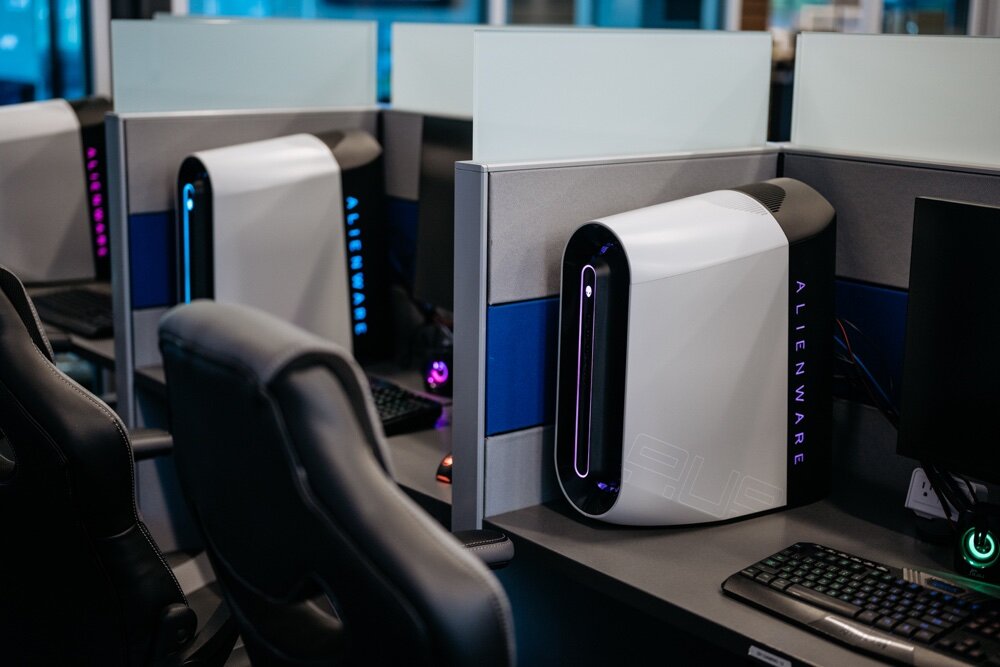 The arena is complete with 12 Alienware Aurora R12 gaming computers with i7 processors.
Drop-in play is free for Sterling Heights residents and $5 for non-residents starting July 1. There is a cost to both residents and non-residents for league or tournament play.

The arena has games loaded for the consoles as well as some for the PCs, but guests are welcome to bring their own games.

“We review these games and make sure the content is appropriate and also try to confirm that there are no viruses or anything that we might be going to load into our system,” Langlois says. 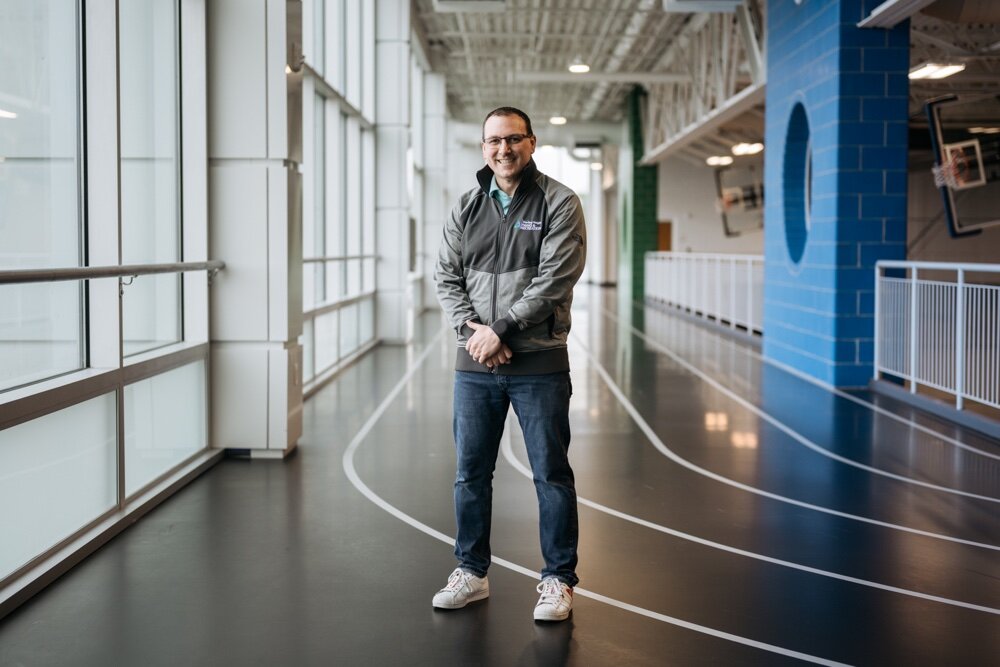 Full Throttle Adrenaline Park has five locations across the United States, including one in Sterling Heights. The park is the first in the city to offer rage dreams and ax throwing – a great way to release pent-up energy.

The Sterling Heights location opened in 2000 under the name Cart2Cart, but has been renamed Full Throttle Adrenaline Park since 2021. Since the switch, the park has expanded with a variety of activities – including Rage Rooms.

Rage Rooms are open to anyone over the age of 18. Guests are provided with safety equipment such as overalls, hard hats and eye protection and of course a sledgehammer to smash an old TV.

“You can go in there with your friends, you can play music, and you can literally take a sledgehammer to a TV and smash everything,” says marketing manager Tuesday Monsion.

“We actually have digitally projected software that we can use to set up zombies or beer pong cups, or we’ve created a really cool ‘may the force be with you’ ax target […] We developed our own software to make this a more interactive user experience,” says Monsion.

Futurist Outlines What Could Be Ahead for Driver Recruiting
Christmas to be inducted into the Mason County Sports Hall of Fame | Sports
‘Perfect game for Sania Mirza-Shoaib Malik’s son’: Video of men playing tennis with cricket bats goe...