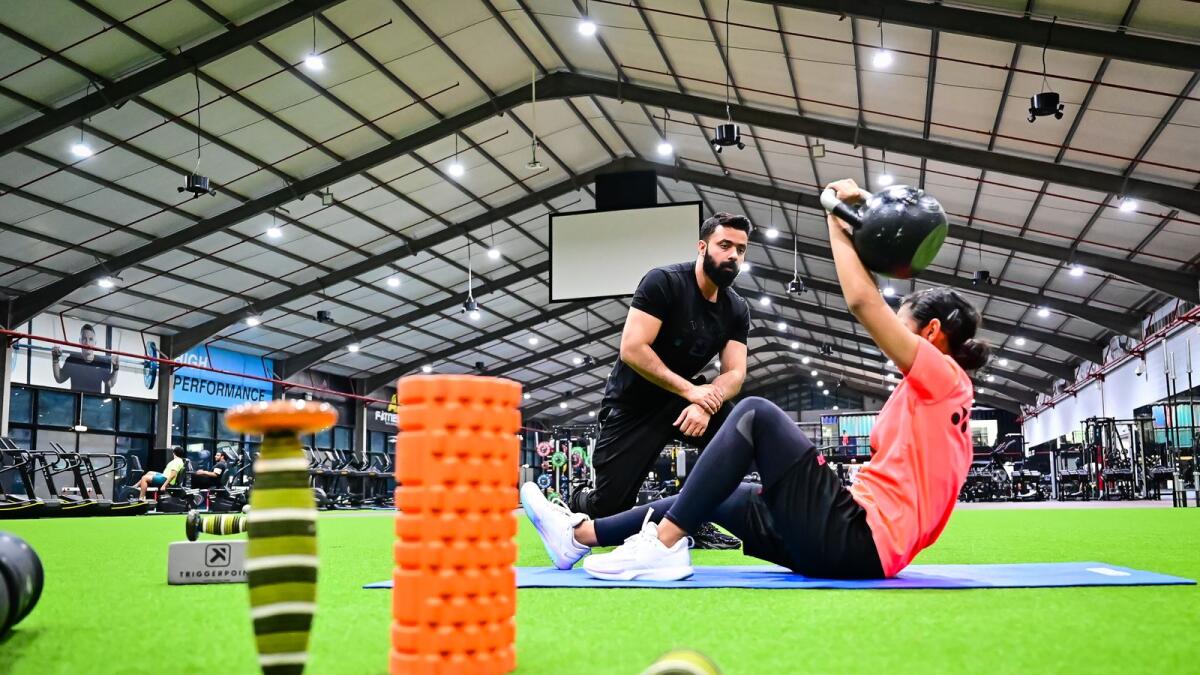 Born in Lahore, Shahbaz Haider has been a fitness freak since his formative years. Shahbaz, who graduated from the Punjab College of Commerce (PCC) in Lahore in 2004, began exercising at a local health gym the following year to pursue his passion.

However, fitness training was hardly a profession in Pakistan over 17 years ago as awareness of keeping in shape was low.

Shahbaz had no choice but to look for a viable career – he worked as a quality assurance supervisor for Warid Telecom while working part-time as a fitness trainer.

Little did he know when he first visited Dubai in July 2010 that his part-time job would become his livelihood. During this short trip, he quickly realized that there was a booming but untapped market for fitness in the Middle East’s most vibrant and cosmopolitan city. 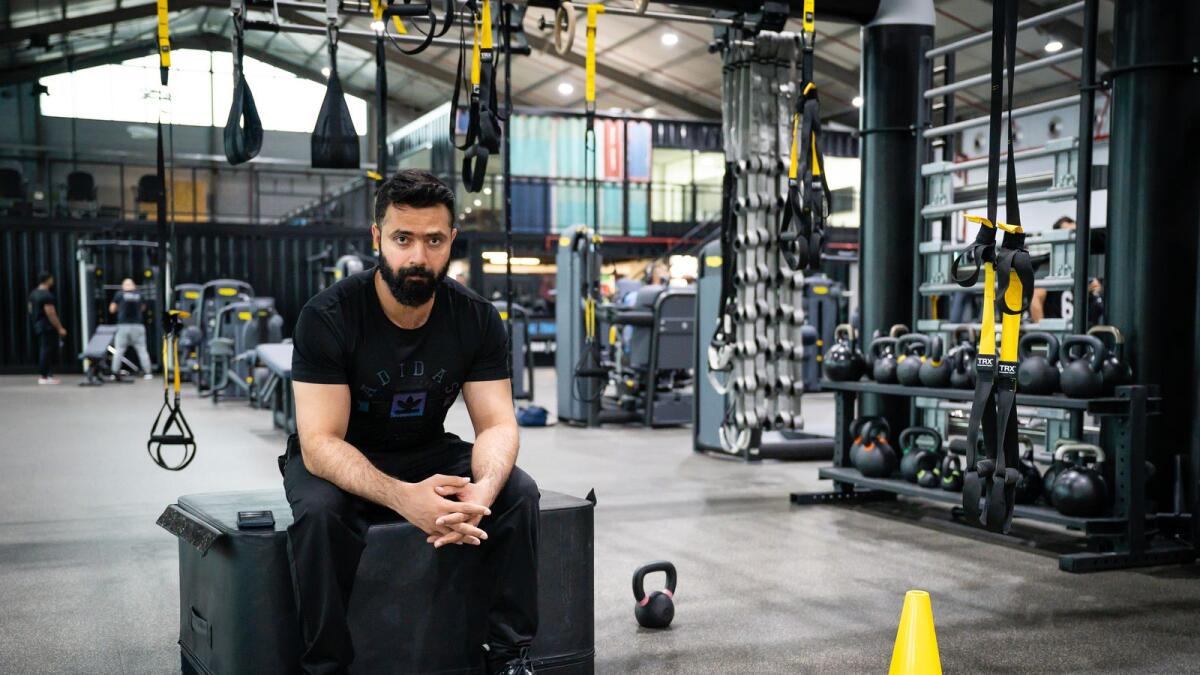 A sedentary lifestyle coupled with high calorie eating is a powerful combination to become obese in no time for a proportion of Dubai residents. Armed with a four-week certification course from the American College of Sports Medicine (ACSM), Shahbaz found a job at a fitness center in Dubai.

He switched jobs in March 2012 and stayed the course for the next three and a half years while honing his skills and earning his driver’s license before taking the plunge to become a personal fitness trainer. 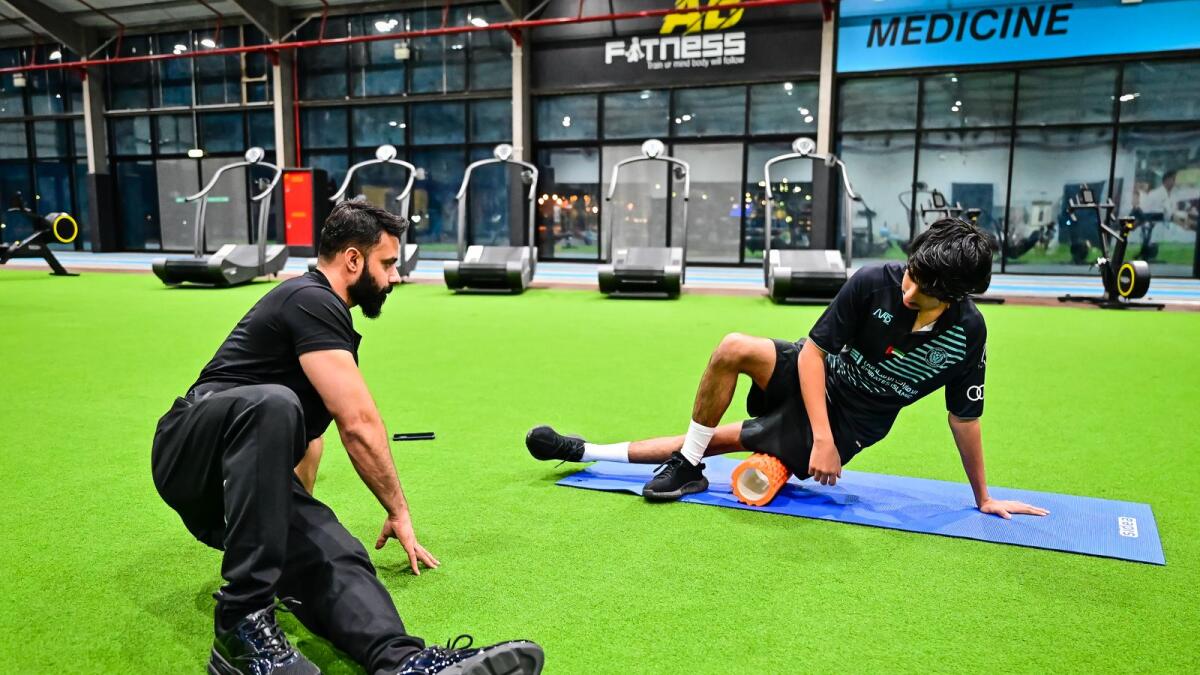 “The moment was favourable. The country had introduced REPS UAE – The Register of Exercise Professionals. I was the 23rd member of REPS UAE and now the strength is in the thousands,” said Shahbaz.

“REPS UAE membership can be more than just a badge to enhance an instructor’s professional image. It distinguishes a qualified and dedicated instructor from someone with little or no training. Being a member of REPS means fitness professionals have recognized and recognized credentials and are committed to continuous professional development,” he added. 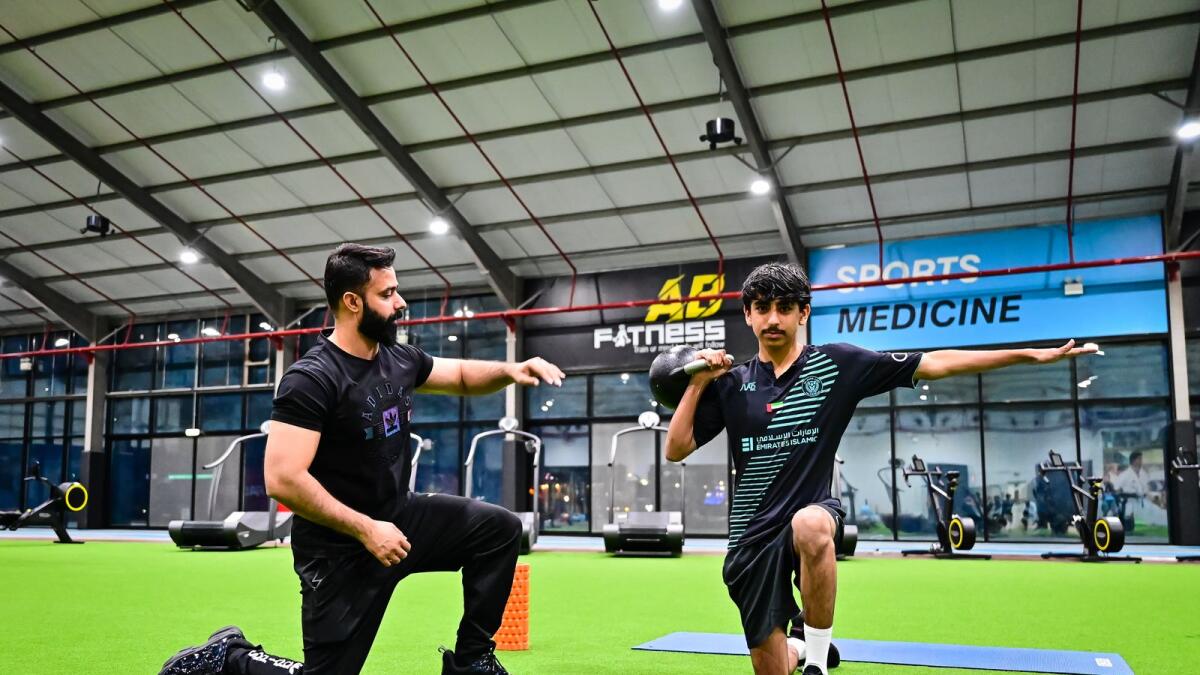 He soon had certifications in TRX Suspension Training, ViPR, which bridges the gap between movement and strength training, kettlebell (boxer-sized), and trigger point massage, which made him a champion personal fitness trainer when he went into business for himself in November 2016. 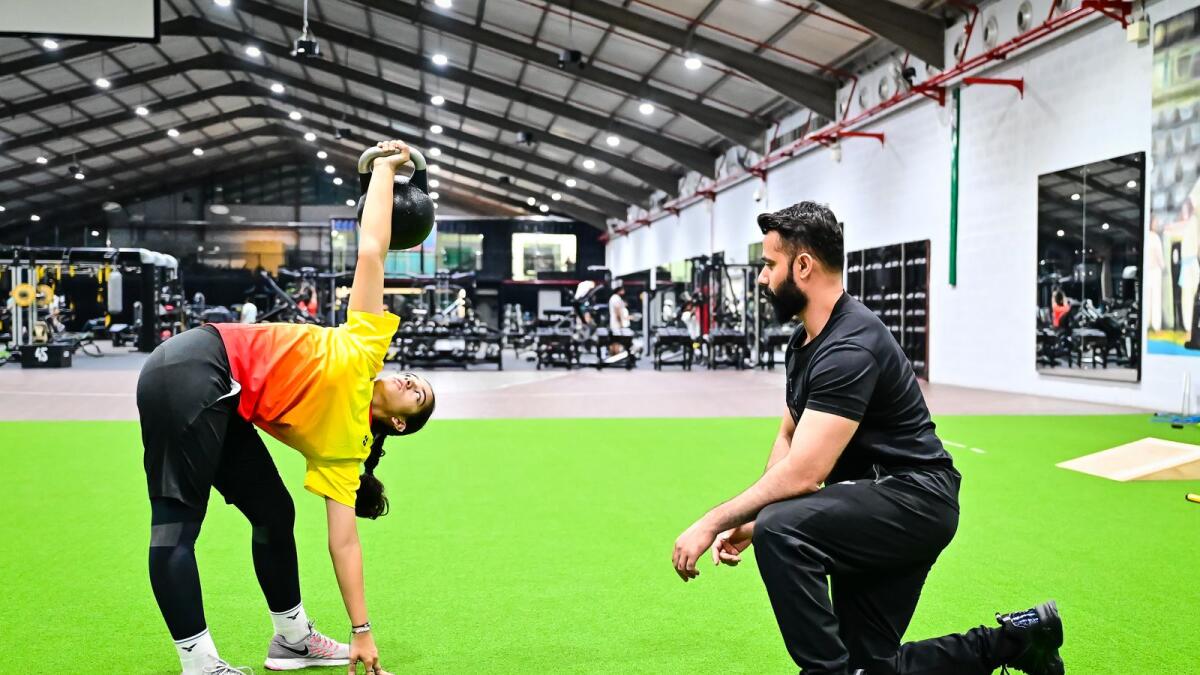 “Fitness has become an organized sector. It is largely incentive-driven. When you can make a name for yourself in this market, it’s easy to compete,” he said. Shahbaz was one of the Pakistani expatriates who dreamed of becoming a personal fitness trainer in a competitive market where Filipinos and Europeans largely ruled.

“The Personal Training Module (PTM) is a rigorous process. Typically, a client signs up for 20 sessions in a month for Dh5,000, which is Dh250 per session. A coach is only as good as the result he can deliver. The goal is never to get a client to lose 20 kg in a month, but to gradually lose 3 to 4 kg over the next five to six months,” he said. 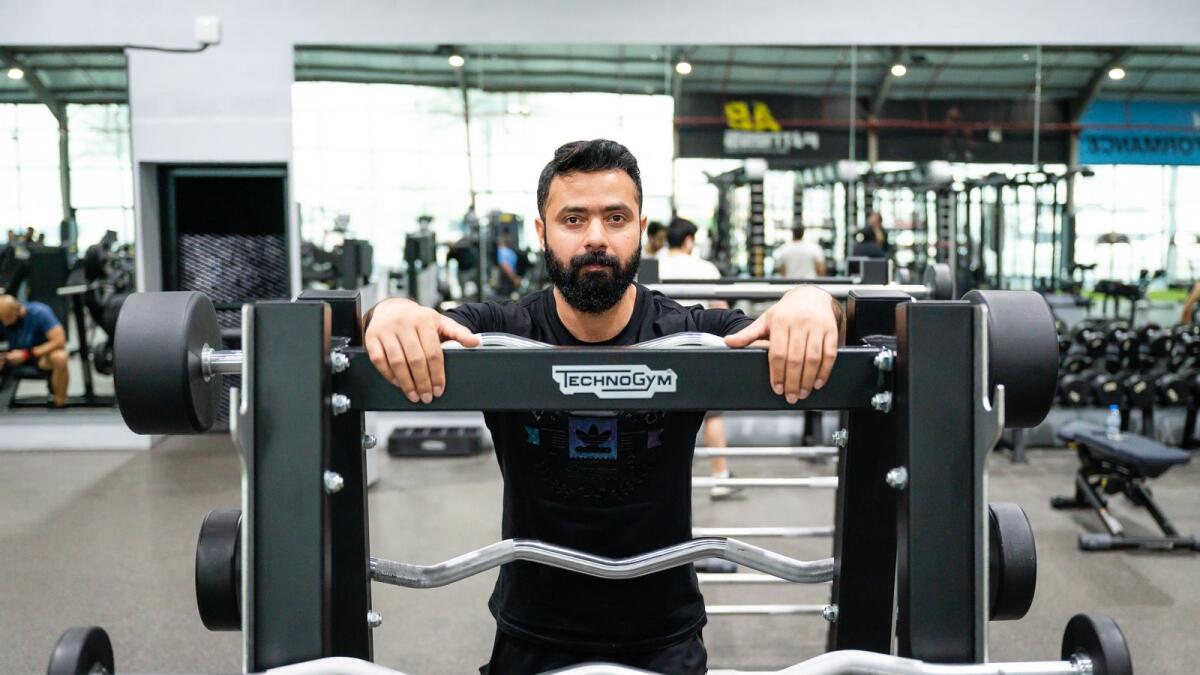 His performance was well received by his customers and word of mouth did him good.

“There was a time when I worked 6 a.m. to 11 p.m., six days a week. I did 228 sessions in one month, each one hour long. But that was exhausting because I gave 100 percent when training the customers. Now I’ve reduced the workload to just six sessions a day to save energy,” said Shahbaz, whose clients are mostly Emiratis, South Asians and Arabs from the wider region. 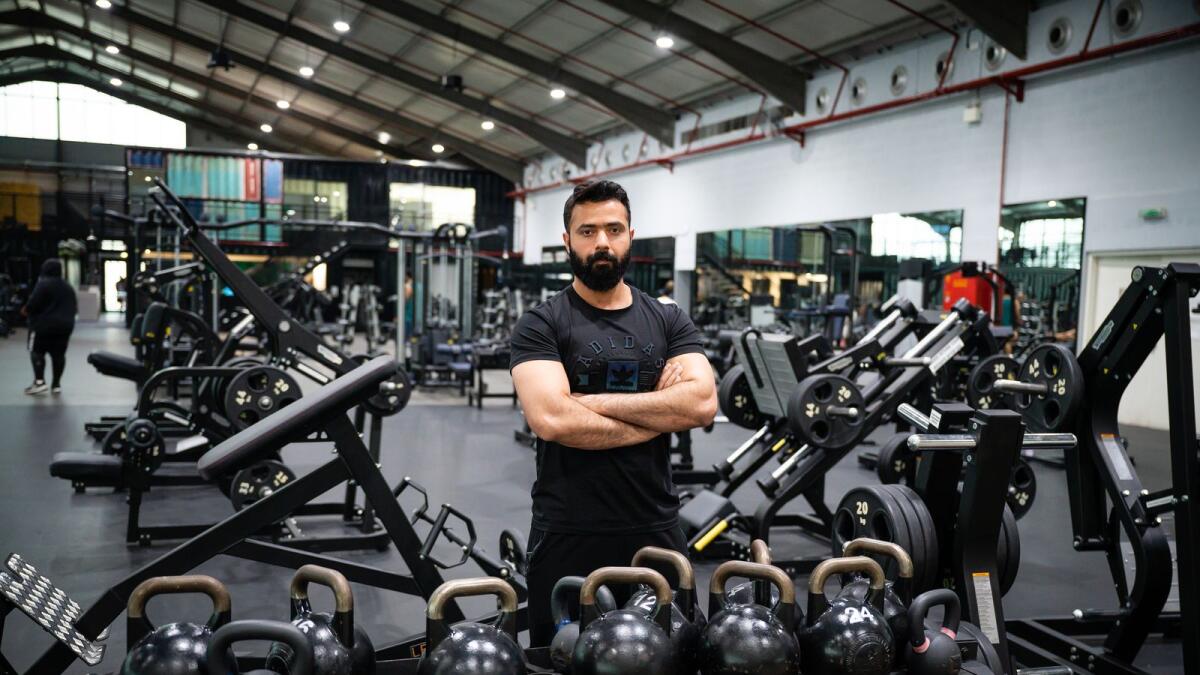 The Covid-19 pandemic has led to a paradigm shift in personal fitness training. More and more people are paying attention to personal fitness and attaching greater importance to nutritional supplements.

“At the height of the pandemic in 2020, I had to fight for about six months. But since then everything has been business as usual,” he said. Shahbaz wants to take his PTM beyond Dubai and is considering going digital for a larger global audience.

“It would be convenient and inexpensive. I would like to move in that direction within a year, even though many personal fitness trainers are doing boot camps in Dubai,” he added.

His ambitions are in line with the global trend for PTM contenders.