Daisy Wilson was born Daisy Smith in 1919 and grew up at 1, Rouel Road, where she lived until her marriage in 1940.

It was a simpler time back then. Children chatted with objects they found; Daisy thinks growing up was better then. “We could play in the streets without having to dodge cars — we just had to dodge horses and carts!” she said.

“We used to get some rope to play jump or jump up with all the other kids on the street. The same piece of rope was then tied around the top of the old gas lamps to make a swing.”

Daisy’s eyes lit up as she remembered playing marbles and hopscotch. “Nobody minds if you chalk up heaven and hell in front of their house. I was also very good at roller skating; I used to skate on Linsey Street because it was a nice smooth street.”

But Daisy was strictly forbidden to stray from the security of the front door, especially along the river where cranes would lift heavy loads literally over pedestrians’ heads, plus the dangerous tides in the Thames. “I wasn’t allowed up there until I was 13,” remembers this lady with almost a hundred years of memory.

“But even then I wouldn’t go to the beach because I was always scared. I don’t like water because I never learned to swim.”

“I used to go to Southwark Park as a kid, and then when I had my own kids I would take them there. All you needed was a racquet and a ball to enjoy yourself.”

She spent some Saturdays with aunts and cousins ​​in Greenwich Park. “We used to take the 68 tram there for a penny; I was an only child, so I liked hanging out with other kids. All we took away was a sandwich and some water and we spent the whole day there. I loved it.”

Over time, the boundaries of Daisy’s world expanded. “If we had someone older with us, we could go up to the tower with a picnic or a sandwich and play the big guns there all day.”

Christmas was always a special time of year for Daisy, spending with her grandparents in Wolseley Buildings, two-bedroom apartments with shared toilets and water. “It sounds very crude, but people used to get used to it,” she recalls. “And Christmas was the only time we had chocolate.” Today, however, she sits there with a pack of gummy bears and Werthers Originals always at hand.

Daisy’s mother, also Daisy, once worked in an animal skin factory – part of Bermondsey’s huge leather industry. “If mom were ever unemployed, she would easily find another job. She worked at Hartley’s Jam Factory, Crosse & Blackwell’s cannery on Crimscott Street, and at Easter and Christmas she worked at Shuttleworth’s – the chocolate factory – so she was always working but was always there when I got home from school. “

Her father Bert’s occupation was not so regular. Daisy reveals: “It was a bit of a stretch for Dad as he was a welder and couldn’t always find work. He used to stand in line at Surrey Docks, where men stopped by the bus shelter on Redriff Road to see if there were any odd jobs there. Welding jobs were added every now and then; One made Crittall Windows in Essex so had to leave very early in the morning and then got a job making toys for Triang.”

Charlie Wilson was a member of the famous Oxford and Bermondsey Club for Boys and Daisy went to the Time and Talents Club where young ladies went.

“One day when we were about 16,” begins Daisy, “a message came from the boys’ club asking if girls wanted to play badminton. We didn’t even know what it was but still managed to find four of us to play. We went along and got partners – I got Charlie – and we got pretty good at it. And guess what?” she asks rhetorically. “We four girls ended up marrying all our badminton partners!” 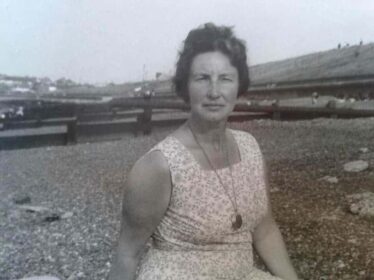 Daisy told tales of playing against East End clubs and the thrill of walking victorious back across Tower Bridge to stop at the coffee stall that once stood there. “I used to have a sav sandwich and a cup of tea,” she tells me, recalling those happier times with a giggle. “I loved a sav sandwich.”

Daisy Smith’s first job was at Hobbs, a textile shop on Southwark Park Road. “I used to get paid six pounds a week (30p) and had to give my mum four pounds of that (20p),” she laughs at the memory.

The Bermondsey girl adds: “We didn’t have much money left but we were happy and that’s the main thing.”

Hobbs didn’t give raises, so Daisy moved to a bakery on Old Kent Road and then a job in Gamages, the huge department store in Holborn. “It was a nice job, I loved it there.”

When Daisy married Charlie, who worked for an estate agent on Grange Road, in 1940, they moved into two rooms adjacent to her family’s home at 7 Rouel Road.

“With the bombing and all,” begins this local legend, “we were bombed out and given an apartment in Penge. I had to take the train to work and my husband joined the army.”

While her first son Peter was being born in Penge, Daisy moved back to Tenda Road to be close to her family and recalls nights spent at the Anderson Animal Shelter at the end of the garden. With her mother looking after baby Peter, Daisy got a job in the offices of the old Bermondsey Town Hall on Spa Road, where she spent many happy years.

As the war ended and the family settled down, Charlie and Daisy had more children: Barbara, Bruce, Pam and Amanda arrived and moved into a house in Wilson Grove in 1962. “You had to have five kids to qualify for a home,” Daisy recalls, “and we had five.” Anita, the youngest, was born next in the new home the Wilson siblings grew up in, and it is the home where Daisy lived happily for the next 56 years. Her daughter Amanda and her family still live in this house, but sadly Daisy died in 2018 at the ripe age of 98 – not long after she did this interview. 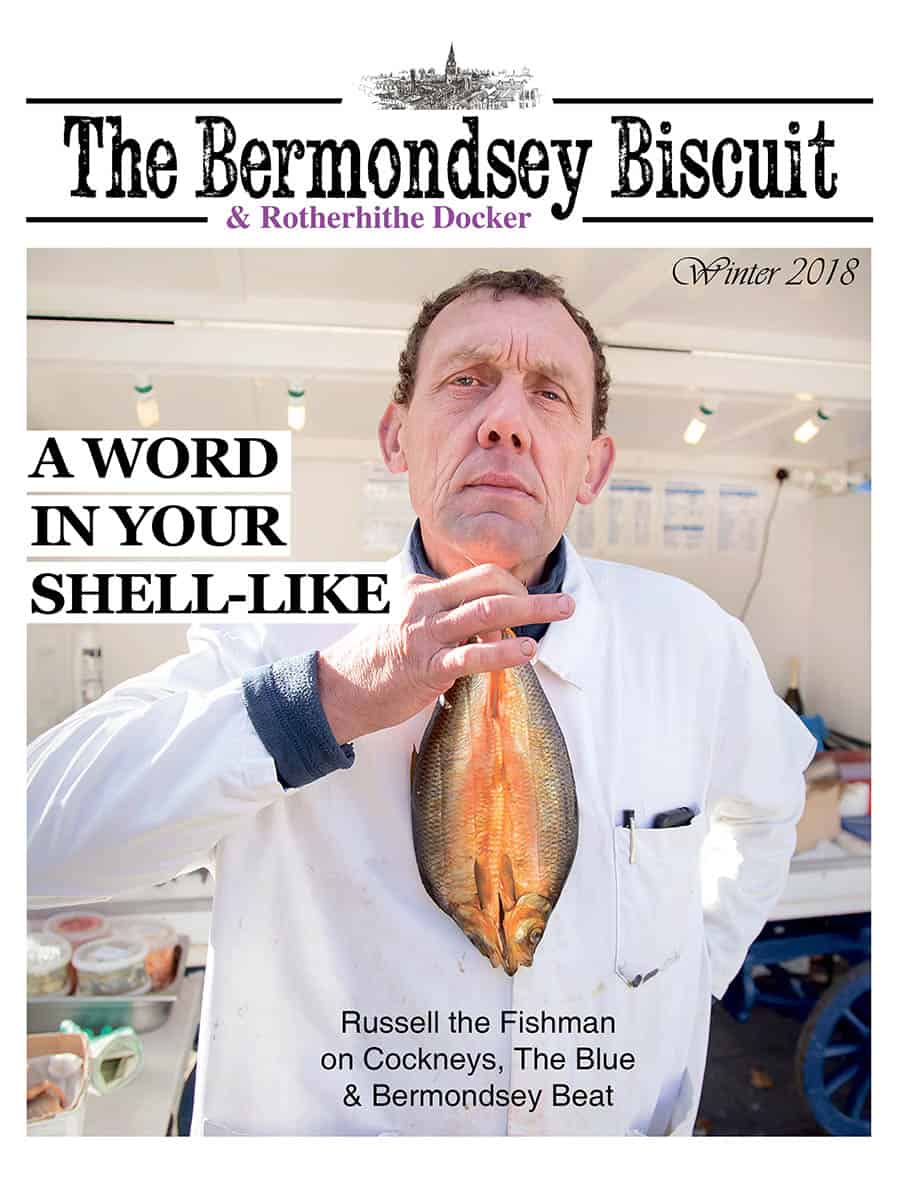