Each season, the CST staff do their best to reach the bottom of the table and we’ve always made them live with that prediction. It’s safe to say that the FCC has exceeded expectations for the first half of 2022. After being told several times (insert coach here) that given enough time the club would turn back, the time had finally come. If the season ended today, FCC would be a playoff team. Most of the staff thought Noonan would need more time to get the ship back in order, and understandably so. Every coach who comes to FC Cincinnati has said it’s a multi-year project, and that may well still be the case. However, given the increased expectations, we’ll give the crew a one-time review and see if they change their answers. Our original predictions: here

I still keep the same prediction. I’m still high at the club but there are a lot of reinforcements across the league and FC Cincinnati still have question marks at LB, CB and midfield. The lack of depth behind Obi and Lucho scares me, and if they go under for any length of time there’s no one I can trust to support them. Expect more peaks and valleys, but you have to love the direction they’re going.

After three years of preaching patience and incremental improvements, I stayed on course and predicted a 12th place finish.

my thinking Albright built the roster intelligently, letting bad contracts roll off the books and only bringing in players when they made the right long-term fit. Well, I was right about that, but I grossly underestimated what Noonan and his collaborators were able to accomplish with essentially the same cast of characters as last year, with only minor improvements. This team has an identity and a style of play. Additionally, they have a dressing room culture that makes them believe they can still win the game after scoring a goal in New England. I thought the team would start slow and get better as the year progressed and I’m sticking with that idea. This team just keeps getting better, and with a new addition or two in this window I think the trend will continue.

What a difference a competent coach and a well-rehearsed team make! Obinna Nwobodo has quickly become my favorite player and brought stability to midfield that the team was sorely lacking. I also don’t think anyone could have seen Junior Moreno become such an important part of this team. But the FCC is not a rock solid castle for the playoffs in my opinion. An injury to one of the team’s already thin defences, or a prolonged absence from Lucho Acosta, could doom Orange and Blue’s playoff hopes. However, I trust Chris Albright to make a decent move during the summer window. A solid CB and maybe a little more depth in midfield should do wonders to shore up FCC’s leaky defence. And if FCC can hold Brenner and Vazquez, they might have the best pair of forwards in the league.

What a worthless piece of metal the supercomputer JEF-9000 turned out to be. It predicted sweeps against DC United and Charlotte! Obviously it needs a drastic upgrade. The team itself will need a little tinkering to make the next move, although not as much as originally forecast. Mammoth individual performances from Vazquez, Acosta and Brenner have brought FCC this far, but it will take more teamwork to discuss playoff football. Obi Nwobodo and Junior Moreno can’t do everything in midfield – at some point the defense needs help. If Albright and Noonan can find a key centre-back, create additional midfield support and support Quimi Ordonez’s U-20 success, this team can play meaningful games in October. Forget the science – I’ll go with my gut! FCC has 22 points in their remaining 16 games and makes the playoffs with that eventual win in DC 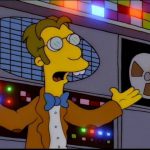 Chris Albright’s additions to the fringes of the squad coupled with the arrival of his first major signing, Obi Nwobodo, have certainly proved their worth so far. Pat Noonan seems right at home in the MLS big chair. Depth is still a big question mark, particularly in midfield, and improvement along the back line would certainly help. I would be wary of chasing a deal at the expense of limiting future opportunities. However, if it means not making an all-in move this summer, that means I missed the playoffs, I’m fine with that.

In other words, we all expected at the start of the season that this was going to be a multi-year process, so it probably still is. All in all, we’re at a point where the underlying numbers reflect which teams are good and which aren’t. FCC is firmly in the former camp, and hey, it’s a lot more fun to be optimistic at times like these. So I think orange and blue will end up right where they are now.

Why change anything? I don’t need your stupid mulligan and I bet the other writers overcorrect.

Remain in 7th place for the final playoff spot

Bryan Weigel 8 – Well, I was smart(?) enough not to post a forecast this spring. Pat Noonan and FCC have surpassed expectations halfway through their 2022 campaign, but will they continue their positive momentum? I think it’s that easy to keep Lucho Acosta healthy and on the pitch. Lucho is the opportunity creator for this club and while Haris and Barreal have done well without the Argentine, he is clearly the captain of the proverbial ship. Brenner is coming into form and Brandon Vazquez keeps getting into dangerous positions so the goals should be there. Will Albright bring a left defender and a center defender into this window to shore up the defense? Can a player with high $ values ​​be moved to add flexibility in midfield or defense?

I think Lucho will make this team competitive, but the difference between finishing 7th and going out of the playoffs will be made through smart front office moves this month. As of now, I’m saying FCC will finish a respectable 8th place in the Eastern Conference. An injury in defense or a hit against Lucho leaves the FCC only a very small lead. Still, a very successful first season of the Noonan-Albright era.

Jeremy Lance 8 – Before the start of the season, I just asked about competence and that this club is playing meaningful games in late summer. It’s July, and while I’m not ready to hang the Mission Accomplished banner over an aircraft carrier just yet, I feel like my wishes have been granted. Lives in the playoff fight and shows the ability to face any challenge. Finally, in its fourth season, this club is looking good. Competitive in matches, aggressive and able to recover from bad moments. Also an incomplete product. While full-backs/full-backs have weathered a storm of injuries, the centre-back’s position needs to be corrected. This club has done a very good job of making up for that, but it can’t last forever.

Hoping they can make another smart move to patch up the back line. This team will remain in contention, but ultimately I think FC Cincinnati will finish just outside the money.

Jeremy Miller – stay in 1st place – I was already convinced of this top spot but after seeing what Chris and Pat have done it’s a safe bet. Brenner has finally settled into MLS. The sloppiness we saw in Lucho last year when he was frustrated is no longer there. Brandon has his eye on the MLS All-Star game. Pat changed the mentality of the team and made players work together like we’ve never seen at FC Cincinnati. This group has what it takes, Obi is already here, adding another defensive line this summer and with some returners expected from injury we’re looking at a playoff run.

Ken Hoetker – Shift from 11th to 9th place – FC Cincinnati has exceeded expectations so far. Having Lucho play as part of Noonan has made him the undeniable leader on the pitch. Brandon Vazquez’s steady runs and improved hold-up play, Brenner’s newfound confidence, offense looks strong. The addition of Obi and Moreno in midfield creates a foundation for midfield pressing. The weakness lies in the back line and full-backs/wide midfielders. If Albright can add a solid CB, the team should improve. One thing the team is struggling with though is depth and unless 3-4 players are added I fear this team will struggle/fade down the line. This fear makes me predict a 9th place.